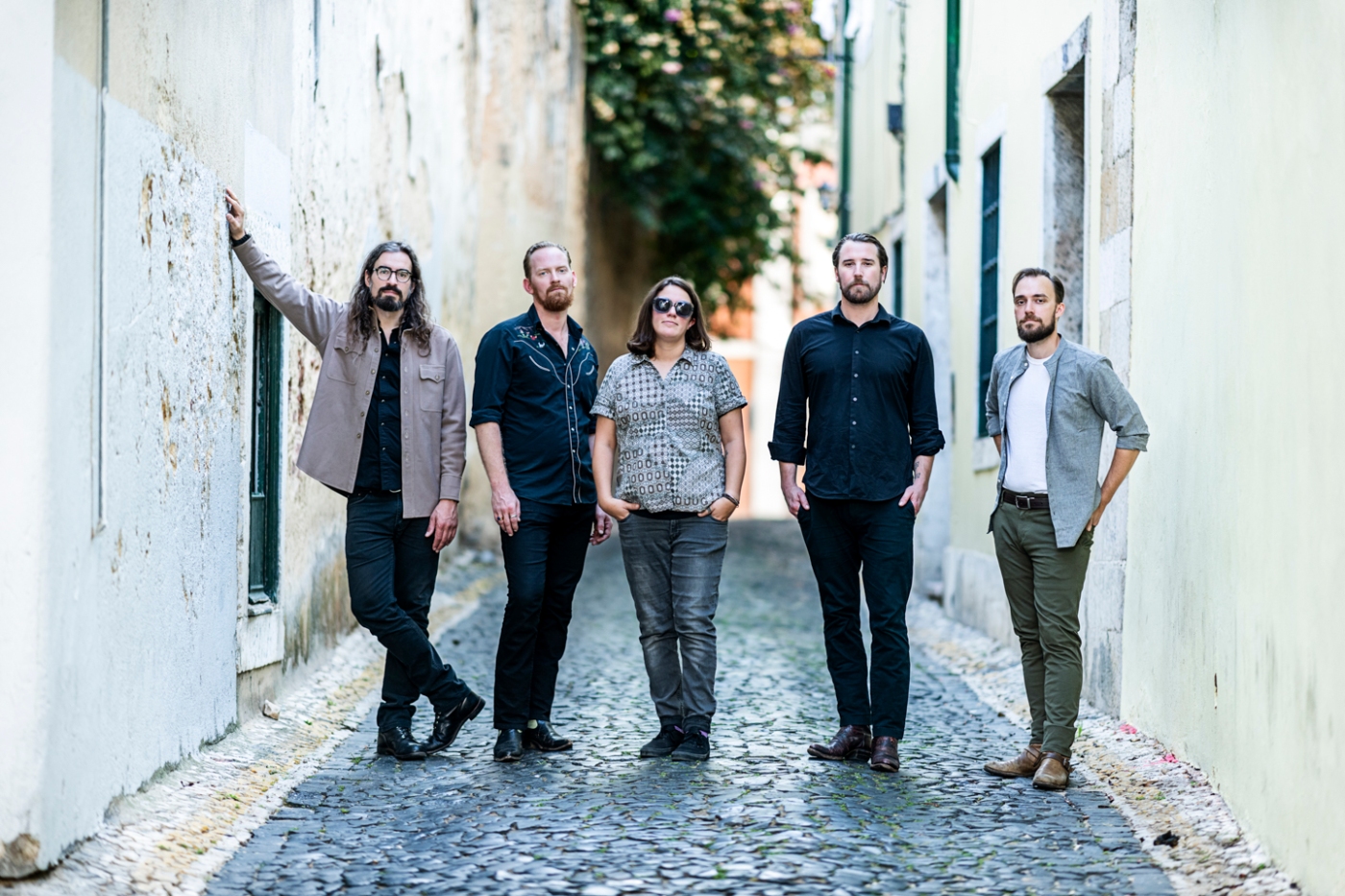 Portland, Oregon based band Fruition will be in Nashville on March 6th for their show at Basement East with Katie Toupin. I spoke with lead singer Jay Cobb Anderson to find out how this eclectic group got their start.

In 2008, Mimi Naja was playing the Portland area as “Mimi Naja’s Fruition.” Anderson moved to Portland from Lewiston, Idaho in January of 2008. Friends at an open mike told Anderson to watch Naja sing and play. “She played some music and she really touched me and made me cry the first time I heard her play. It was so beautiful.” He didn’t even meet her that night. He just told her, “Great show.”

Later on, Anderson would meet up Naja again and they started trading songs and “we both dug what the other one was doing.” Anderson and Naja started playing shows along with their original bass player, Keith Simon. We didn’t even have a name for our band. Naja had another friend, Kellen Asebroek, whom she wanted to bring aboard, but Anderson was hesitant. “I was at this Internet Café and was looking for jobs when Mimi came around the corner with Kellan their instruments, I popped my head out and asked what they were doing and they said they were going down the street to busk. I had my guitar and Keith had his bass. It was the first time Mimi and Kellen and sang together. From the second we started singing together, we knew we had something special.”

You can listen to any of their music and know that the melody and especially the harmonies are the driving force behind their unique and original sound. “It just all kind of fell into place when it came to the harmonies, busking and singing together. We covered Woody Gutherie songs, Elizabeth Cotton songs to Bob Marley and Gospel tunes. Anything that we started singing, we kind of just fell into [natural] harmonies.”

With the emphasis being on harmony, they write their own music and lyrics and it all means something. They call themselves a “song band” and it is obvious that the music is the driving force and not just creating songs that sell.

Even though their single, “Dawn” is currently #2 on the Americana Tracks Chart, they don’t really fit into a single category of music. They frequently open for and play with bluegrass bands, but with an electric keyboard, they certainly don’t fit that mold either. In a previous article, they state that their biggest influence was the Beatles. Anderson states, “As a kid, I thought about how sweet it would have been to have grown up in the ’60s because there was such an amazing musical renaissance.”

Anderson continues, “But as time goes on, I realize lucky I am to be from the era I am from because we have access to every kind of music. I never sit down and try to write a country song blues song, soul song or anything like that. I just write whatever I am feeling.” Fruition’s music may have a classic sound at times or it may be something completely new and original. They are really proud of what they have done and not really sticking to any one genre. However, it is a challenge because they have been called all kinds of things the industry doesn’t know quite where to put them. Mimi plays an “R & B mandolin” which isn’t country or bluegrass at all.

In today’s world, you can’t rely on selling records and every musician/band must tour. Anderson emphasizes, “we’ve been touring really hard for the past seven years and it gets tiring and it gets old. It would be nice if I had another outlet of money and could take a little break and have some time for the ‘rest of life.’ Today it is really difficult to make a living and make a career out of music because it’s a never-ending cycle.”

Anderson’s advice to up and coming musicians would be, “Don’t do it unless you absolutely have to. If it’s inside of you and it has to get out, then go for it. But know that there is no way out, once you’re in.”

Anderson has written more than 400 songs but doesn’t have time to write or pitch song ideas to others. He is definitely interested in doing more the publishing side of songwriting when time allows.

Fruition is currently promoting their current album, Broken at the Break of Day which is the bookend to their previous record, 2019 Wild as the Night. With songs like the soul searching “Dawn” the honest simplicity of “At the End of the Day,” fans from all genres will find of a piece of themselves while listening to their vulnerable lyrics and unmatched harmonies.

You can see this authentic and original band live at the Basement East on March 6th. For tour dates in other cities check here.