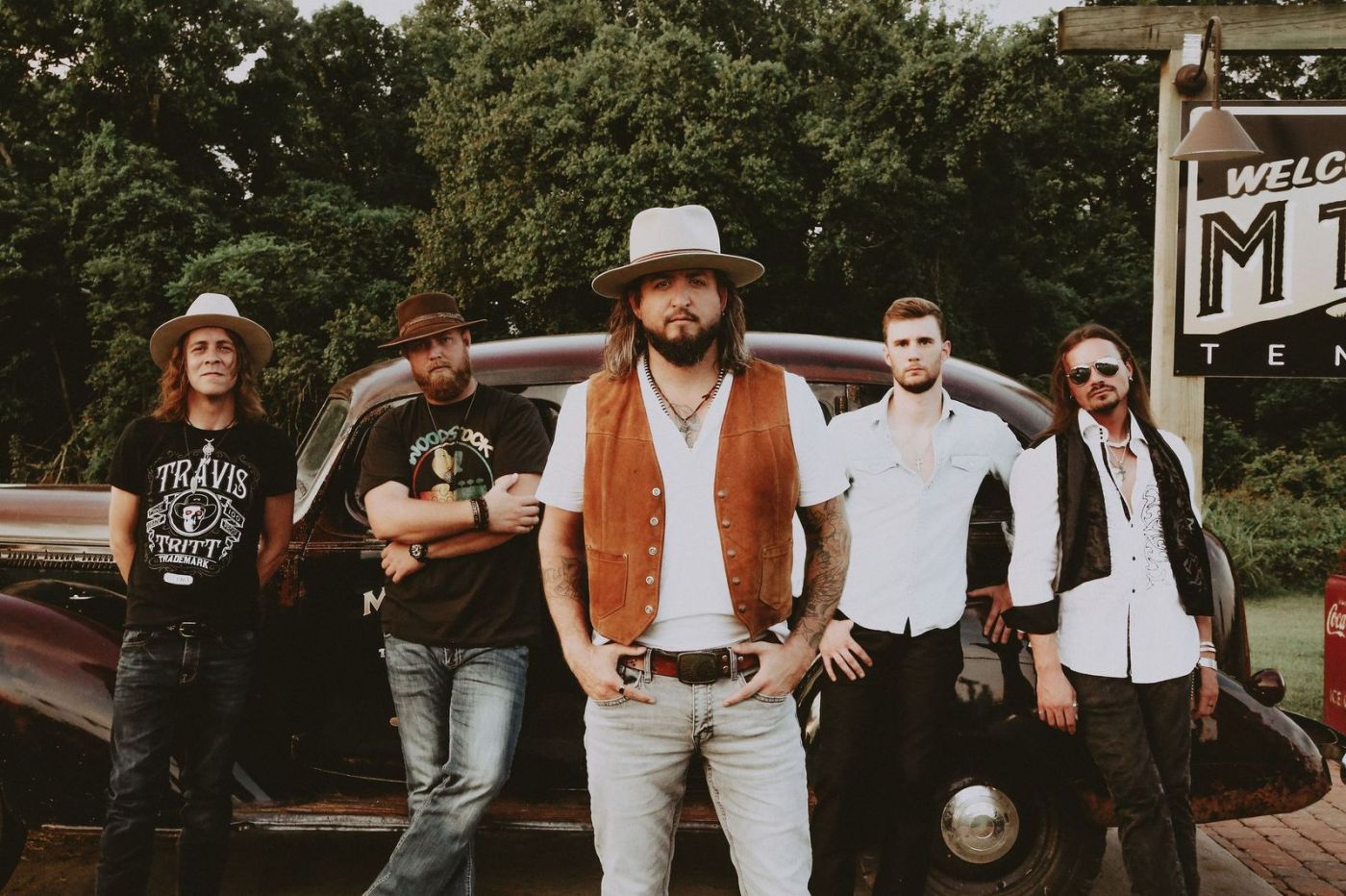 Scooter (Scott) Brown’s path to the music industry was completely organic and unplanned. Growing up he listened to Waylon, Merle, and the Stones, but he never thought to pursue music as a career because he knew from a young age that he wanted to be a Marine.

He always loved music as a kid, but other than sing in the church choir for a while, he really wasn’t connected to it.

Brown learned to play the guitar during his downtime in the Marine Corps. In the early 2000s, before music became part of the digital platform that is now, Marines in combat didn’t have access to music or electronics or anything that required power.

“I started playing and singing and a little and my buddies were like, ‘Man, you should sing a little louder.’ I just fell in love with [music].”

In 2003, his unit was part of the invasion of Iraq. When he got back, he thought, “I’ve been a Marine, I’ve fought in combat. I think I’ve done what I need to do here. I wonder if I can do anything with this music stuff.”

He got out and pursued music full-time. He started in the Texas scene and through hard work and persistence, he built a regional grassroots following. He started promoting his music on My Space until the other [social media platforms] came along.

“Being able to reach people through social media was a big thing for somebody who didn’t have a record label. We just grew organically and people started showing up for the shows.”

After working that scene for a few years, Brown got noticed by Charlie Daniels’ manager, David Corlew. Brown and his band eventually moved to Nashville where he got a record deal and a publishing deal. The Scooter Brown Band toured with Charlie Daniels, Travis Tritt, the Marshall Tucker Band, and Whiskey Myers, among others.

Brown has been doing music full-time since 2009 and has been dabbling in music since 2005.

One of the things I found most interesting was that Brown wrote a song with American Sniper, Chris Kyle. They met via mutual friend while attending a Base Camp 40 elk hunt in Colorado.

The friend said, “Hey, Chris, this is that guy I was telling you about, the Marine who has the band.”

Kyle looked at him and said, “I heard there was some jarhead up here who thought he could sing.”

Brown looked back at him and replied, “I thought there was some squid up here who thought he could write books. I hope you brought some extras in case we need to start a fire.”

Kyle smiled and said, “I think we are going to be friends.”

Brown and Kyle hit off that week. They were sitting at a bar in Colorado and the owner came up and tried to sell them the bar, not realizing they were just happy to pay their bills.

As a joke, Brown asked Kyle, “What should we name our bar?”

They came up with several raunchy suggestions then Kyle got serious and said, “Man, we should call it Valor, to pay homage to everybody who’s ever fought in combat.”

In Texas, Kyle lived near Brown’s sister-in-law so they hung out when they could. Brown said, “That conversation we had, I think there is a song in that.”

Kyle threw some ideas at him and Brown took it and ran with it. But before they could complete the song, Kyle was killed and his wife, Taya Kyle, insisted Brown finish the song for the funeral.

“The first time Kyle heard “Valor” all the way through was at his funeral at Cowboy Stadium,” Brown laments.

The breakout song for the band was a hit called “American Son” which was released in 2017 featuring Charlie Daniels on the title track. It reached No. 19 on iTunes Country chart and was featured on Spotify’s “Country Rocks,” “Southern Rock 101” and “Texas Music Now.” The gritty song with a patriotic theme appeals to consumers of traditional country and southern rock alike.

Charlie Daniels was instrumental in giving the Scooter Brown Band their first national break. He was a workhorse even into his 80s.

“He was one of those guys who you thought was going to live forever. He was sharp as a tack and loved being on the road.”

On the last show that the Scooter Brown Band played with Charlie Daniels in 2019, Brown asked if he was ever going to retire.

Daniels replied, “Son if I retire, I’ll be dead in six months.”

Brown feels certain that the idleness of the pandemic shutdown contributed to Daniels’ stroke and unexpected death in July of 2020. His last show was six months prior.

Daniels was concerned because there were so many people/families who worked for him and were out of work trying to keeping food on the table. That stress took its toll on Daniels.

“Leave It To A Woman” shows a different side of the band than the music fans are used to. He demoed it for his publishing deal with the thought that someone else would sing it. When COVID hit, his wife encouraged him to release it himself.

When they got three months’ worth of shows canceled he told his management, “I’m sitting on this demo that sounds really good. It’s a little out of our wheelhouse, but I think people will dig it.” They agreed.

Both of the songs released in 2020 performed well with fans, contributing to the band’s three million-plus streams across digital platforms.

Brown’s current single is the irreverent (but truthful IMHO) “Country at All.” Brown and fellow artist and friend Tim Montana co-wrote the song while questioning their place in country music.

They were sitting in his garage listening to the radio.

Brown asked, “Is this a country station?’

Brown retorted, “I don’t know what this is but it ain’t country at all.”

From the opening steel guitar lick, from the iconic Steve Hinson, the honest lyrics lend themselves to the traditional outlaw country feel, bringing traditional country fans back to the music they grew up on.

“I love country music, especially traditional, and would love to see a bigger place at the table for it on country radio,” says Brown.

With lyrics like Well, I found the city where my heroes once roamed, / I guess all the cowboys eased on back home. / I’m proud to be baptized on three chords and the truth, / but all I hear lately is one chord and a loop, it is unlikely that the song will be played on regular country radio stations that embrace pop-country. But the fans who stream will listen, making terrestrial radio even more irrelevant than ever.

“When you look at the history of country music, the George Jones’s and the Randy Travis’s, they were huge because they were country and they sang about country things. I get that country music must evolve but there are no stylists anymore. It all sounds the same to me. I get that [country music] is a business, but I miss storytelling,” he explains.

Thankfully, the now independent artist can play at smaller venues this year including the Listening Room on March 16, 2021. For other locations/dates check listings here. Brown also continues his work with veterans.