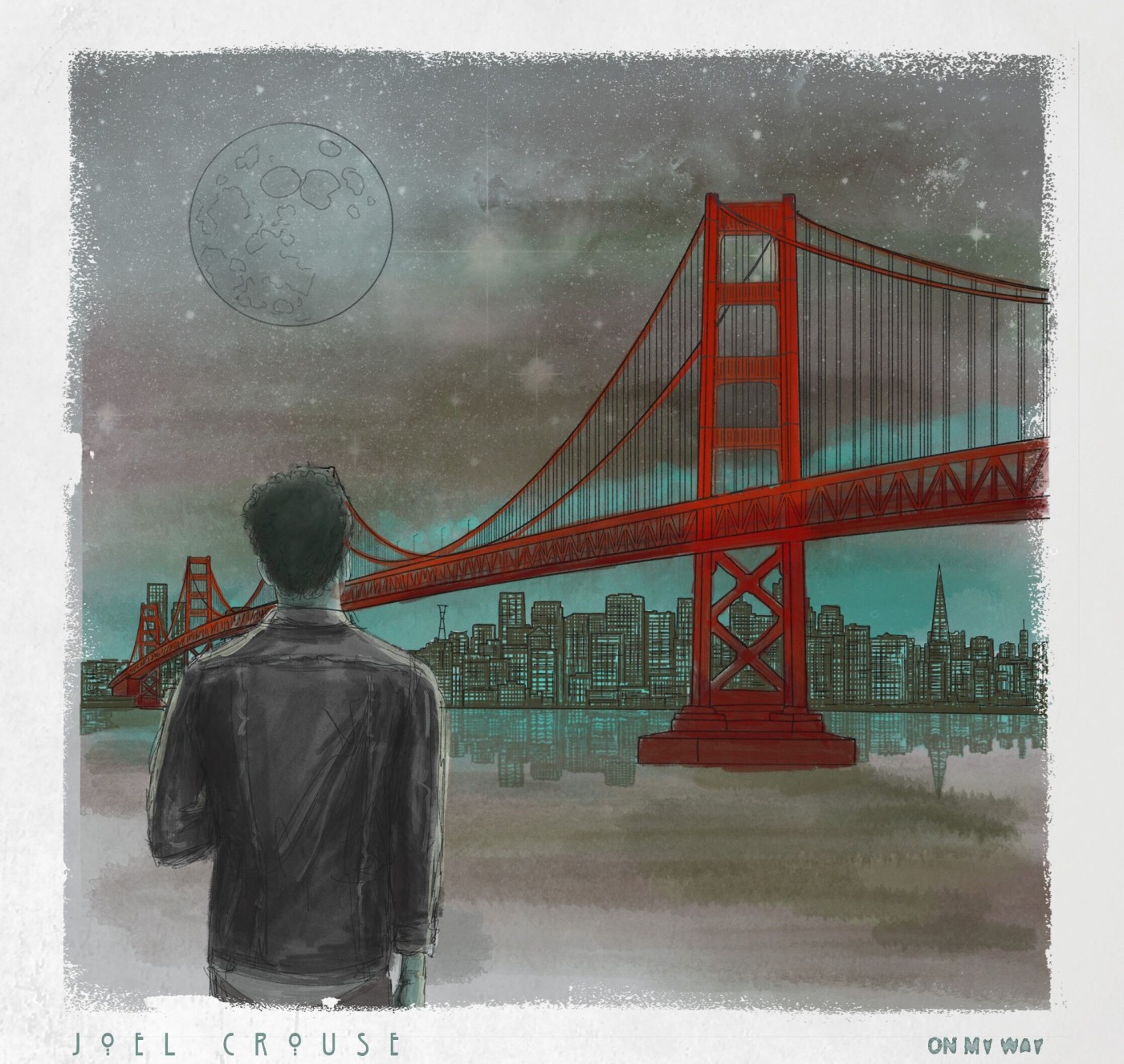 When I interviewed Kyle Rife for my Music Spotlight column, we talked about this song, “On My Way” that he wrote with Joel Crouse and Ed Sheeran. My question to songwriters always is, “How do you decide who gets it?” This one was very personal to Joel Crouse, so he was the one to release it.

With the release of “On My Way,” Joel Crouse shares an earnest plea from a loved one on the other end of a phone call. As the meaningful conversation around mental health continues following the recent World Mental Health Day, Crouse was inspired to share the timely and important song before month’s end. Produced by David Naish and written by Crouse together with global superstar Ed Sheeran and frequent collaborator Kyle Rife, the emotive song released via Hum Records is now available HERE.

Opening simply with the strumming of a guitar, “On My Way” sees the Massachusetts native’s captivating voice build with the urgency of the lyrics, as does the track’s pop-rock production.

“Tears on the phone / Tell me what went wrong / Cry smile cry / I know that world ain’t kind,” Crouse sings in the bridge, leading into the emphatic message of the chorus: “You don’t have to hurt yourself / I’m on my way.”

“I had the privilege of writing this song with two great friends, and I don’t think any of us knew how powerful of an impact it would have,” shares Crouse. “Mental health is incredibly important to me and this song is very personal, as it truly shares a powerful message of support during the darkest hours of a close friend. When ‘life’ hits, we often have a hard time asking for help, which shouldn’t be the case. I hope this song reaches as many people as possible who need to hear its message.”

Crouse also earns his first credit as a songwriter on Hootie & the Blowfish’s Imperfect Circle, due out next Friday, Nov. 1, with “Wildfire Love,” which he wrote together with Sheeran, Rife and Hootie & the Blowfish frontman Darius Rucker during a trip to England about a year ago.