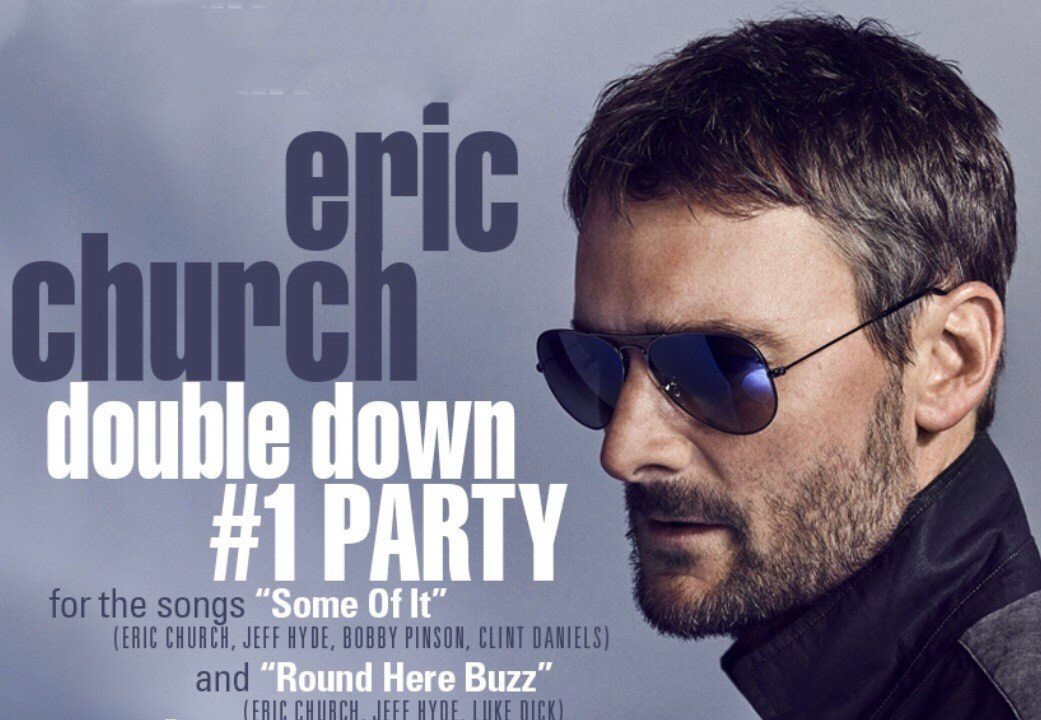 In addition to writing many of Eric Church’s top ten hits, these heavyweight songwriters are responsible for a good portion of the hits currently on the radio including Dierks Bently’s “Burning Man,” Keith Urban’s “We Were,” Jake Owen’s “Homemade” and Jason Aldean’s “Rearview Town.”

On a surprise video made for Eric Church, other artists praised him. Jon Pardi said, “When I think of Eric Church, I think of an artist that has cut his own way, been told ‘no’ and proved people wrong.” Thomas Rhett continued, “His first two albums are the only ones that stayed in my truck all through high school and college. He is my all-time favorite and the reason I am a songwriter today.” Ray Wylie Hubbard said, “He writes from a place where the truth bullet lives.”  Ashley McBride emphasized, “I’ve always been the kind of person who doesn’t have a lot of damns to give. In discovering Eric [Church], I discovered it was OK to be that way, not only was it OK, it was necessary.” Keith Urban concluded, “It takes great songs to turn into great records and that is what Eric Church and Jay Joyce do.”

When I heard the lyrics to “Some of It” Beer don’t keep/Love’s not cheap/And trucks don’t wreck themselves/Mama ain’t a shrink/Daddy ain’t a bank/And God ain’t a wishin’ well…I was taken aback with the truth of them. “Round Here Buzz” also speaks truth to many small-town folks with the lyrics Under that high school bleacher/I drove that preacher’s daughter crazy/Her mama was my homeroom teacher/And her dad was hell-bent on saving me. Only a few like Eric Church write with such profound honesty. And, for the most part, this is NOT the type of music that is played country radio today.

For the past 14 years, Eric Church has carved out his place in American music culture by being true to himself by surrounding himself with songwriters who, like him, are independent thinkers. Songwriter and friend Clint Daniels said it best: “You are the closest thing to Merle Haggard that we will ever know.”

Eric Church is nominated for Entertainer, Album, and Video of the Year at this year’s CMA Awards.