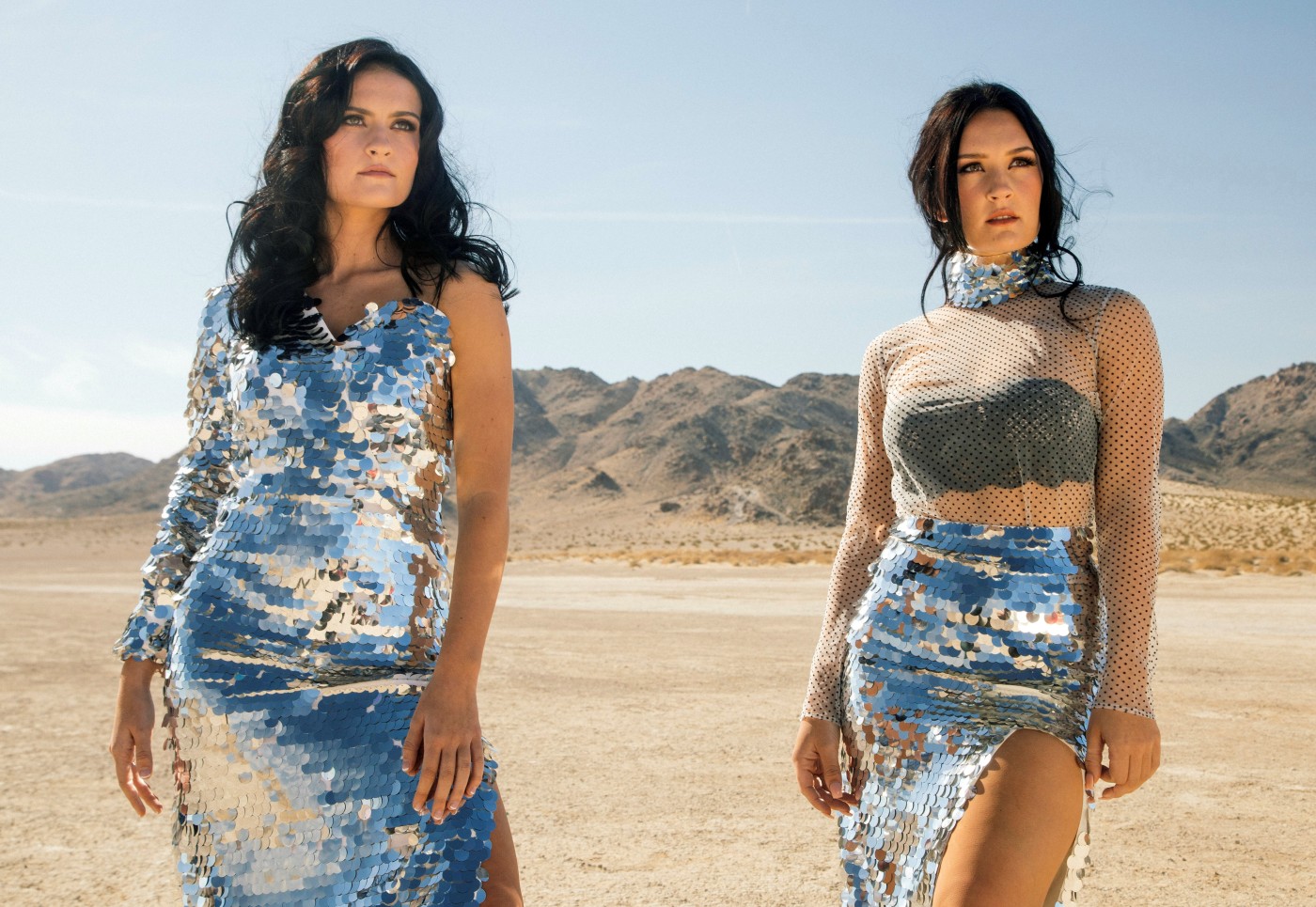 Even though they are only 23 and 22, the sister duo known as Presley and Taylor have been a part of the music business for over eight years. And even with the pair being reared in the town of Middlefield, Connecticut, they grew up in a household where Tammy Wynette, Alan Jackson, and Randy Travis played on a constant loop, and weekend trips to their grandparents meant family singalongs of Loretta Lynn standards.

“It’s so unexpected, two girls from Connecticut singing country,” said Taylor, the younger of the two. “But it’s our roots — it’s who we are.”

Presley states, “Our grandpa was in the Navy and he was around a bunch of people from down south and what they played was country music.”

That’s how it got introduced to their parents and eventually, the love of country music got passed on to them.

“People think that there’s not a lot of country music in Connecticut, but from living there, I can definitely tell you it’s a thing,” states Presley.

The girls were students in local performing arts schools. They sang in church and school choirs. Music was always a part of what they were doing. They grew up singing for everyone all the time. When they were in high school, their parents took them to a recording studio to see if they liked recording music. They instantly fell in love with the music business.

Taylor elucidates, “After that first experience at ages, 14 and 16, we started coming to Nashville, back and forth. After I graduated high school, we switched to online college, and we moved to Nashville full-time.” They have been here for the past three years pursuing their dream.

Even though their home base now is Nashville, at that time they still toured regularly and played live shows across the country. About two months after they moved to Tennessee, the pair played at Tequilla Cowboy and Trick Pony’s Keith Burns was there.

Taylor explained, “He really loved what we were doing and was really excited about who we were and what we sounded like.”

He introduced the duo to renowned record producer, James Stroud where their talent and tenacity attracted the attention of the famed writer, musician, and producer who has over 150 #1 hits attached to his name. Taylor gushes, “He’s really incredible to work with and we just love how our music sounds with James producing it.”

When Stroud recently formed a new label, White Mustang Record, he asked Presley and Taylor to be the flagship artists. The hitmaker believed in them as much as they believed in him.

This past year, during COVID, Presley and Taylor released a single, “Everybody Sees It.” written by prominent country newcomer Tenille Arts and sought-after writers Aaron Goodvin and Adam Wheeler, the upbeat song perfectly showcases the siblings’ unrivaled harmony. The song’s catchy lyrics release good vibes that will make you want to smile and dance.

The video for the song was produced and directed by Brian Vaughan and premiered on CMT Music two months ago, and on April 13th, the clip topped the CMT Music 12 Pack Countdown.

Even though the pair are talented songwriters, they are smart enough to latch onto a great song when it is pitched to them.

Taylor remarks, “There are so many talented songwriters in Nashville. It would be silly to pick a song just because we wrote when another song is better.”

Another popular song they sing “Where You Belong” is one of the most uplifting songs you will hear. With the lyrics Wait on it/ Pray on it/ Set that course and stay on it/ Chances are your chance will come along/ And just go with it, flow with it/ Ride that wave and roll with it/ You just might end up where you belong it reminds us all to take chances while trusting in a higher power.

Recorded two years ago, the song was brought to them by Keith Burns and foreshadows their career. When they heard it for the first time, they were so moved by it.

Presley affirms, “Even to this day it’s so fitting for so many people.” “It’s always so current,” inserts Taylor.

One of the highlights of the young artists’ career was singing with Mel Tillis’ “Heart Over Mind” with Pam Tillis at the Opry in 2017. They originally recorded the song with Pam Tillis in a studio and to sing with someone they idolized their whole lives was “life-changing.”  When Tillis invited them to sing the song with her at the Opry (to a sold-out crowd) it solidified even more for them that this was to be their forever career.

Their next song that will be released on May 7th is a fun song, “Don’t Even Know Your Mama.” The song speaks honestly about having an unstable relationship and if it should even be pursued. A video has already been recorded and the song is sure to be another hit for the duo.

Taylor asserts, “From the production to the music video to the cover art. We are really proud of it and we can’t wait for everybody to see it.”

This year their focus is to get the best songs that they can while releasing as much music as possible. They are also able to tour again are excited to finally share their new music with fans in person.

So, the question that Connecticut Magazine raises in its 40 Under 40 Issue is. “Can you get to Nashville by way of Connecticut?” This sister act whose music has been characterized as a blend of God-given sibling harmonies with a modern country twist has proven that you can.

In the meantime, keep an eye on this duo. Presley and Taylor are going to be around for years to come.

One thought on “Music Spotlight: Presley and Taylor”