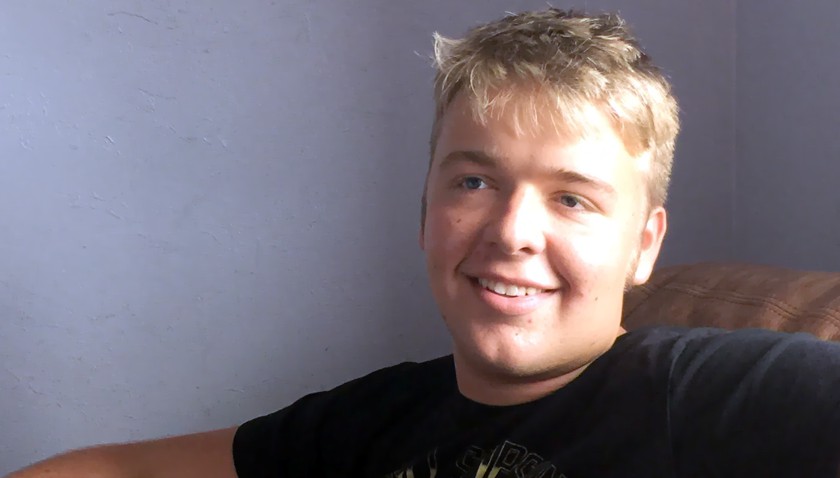 The first time I saw Preston James was not on The Voice like the rest of America.  The first time I saw him was at 3rd and Lindsley with his best bud, Grant Smith warming-up one of the house bands, The Smoking Section.  Preston and Grant were amazing.  When I found out that Preston was 15 (friend Grant was 17), I was blown away.  Yes, he even looks like a typical teenage boy, but if you closed your eyes, you would believe you were listening to a weathered, southern soul.

Fast-forward to May of 2017 when I started doing entertainment pieces for the Tennessee Star.  Living in Nashville gives you access to a great variety of musical talent.  I knew I had to interview Preston James for my Music Spotlight column. Only this time, he and his band were doing shows at the favorite Nashville entertainment venue, the Wildhorse Saloon.  I contacted his mother, Kathy Best, and set up this interview.

Preston’s parents met in the 1990’s working for County Music superstar, Collin Raye, where his father was the road manager and his mother was the publicist.  When asked when he got started in music, he says he was literally “born into it.”  He remembers getting his first guitar at age six.  He was in rare form as a young boy who tried to emulate his favorite bands, the Beatles and the Beach Boys.  He was a “musical sponge” as he listened to an endless collection of his father’s cassette tapes and CD’s from all genres.  Later his parents separated, but Preston continued his pursuit of music as he was tutored by renowned Nashville guitarist, Paul Abrams, who has accompanied many famous country greats, but is also an accomplished Jazz guitarist.

Growing up, Preston says he never fit in at school. Instead of doing homework, he would practice guitar two hours a day on weekdays, eight hours a day on weekends.  He didn’t have a lot of friends who wanted to do what he wanted to do. His mother finally decided to home-school him and he still has one year left to graduate high school.

Not only can Preston play “every rift of every AC/DC song ever recorded,” he can croon the blues like a seasoned Beale Street performer. Trained by the talented vocal coach, Judy Rodman, Preston James has honed a sound unlike no other currently being heard on contemporary country radio. When asked about his love of “The Blues,” he simply said that, “Blues is great – it showcases great emotion with little lyric,” and that if he “hadn’t heard of Freddy King, he would not be here right now.”

Preston says he “will not change who I am to be famous” and that he loves any type of music “that makes you feel something.” Nevertheless, Preston’s mother, unbeknownst to him, sent his demo tape to The Voice which got him the opportunity to audition in Los Angeles for the four judges in Season 11.

For the blind audition, he sang Chris Stapleton’s “Nobody to Blame” which landed him on Blake Shelton’s team. Preston’s Voice fame was short-lived as he lost in a Voice Battle to a John Forgerty sound-alike, Austin Allsup, singing Credence Clearwater Revival’s “Bad Moon Arising.”

When asked if he regrets going on The Voice, he says that although he didn’t win, he learned a lot and made great friends.  Even though his time in Los Angeles was fun, there is “no place like the Nashville music scene.” He is glad for the opportunity that The Voice gave him and his band to continue performing at the venues like the Wildhorse Saloon and 3rd and Lindsley.  He said his current band is “the best band he has ever played with” which includes 15-year-old keyboardist, Yates McKendree, Austin Valentine and Grant Smith. The old guy in the band is 28-year-old harmonica player, Stephen Hanner.

Although Preston does compose and play his own music, he also covers songs – not the new stuff – but classics like “After Midnight” and “Monkey Around.” Preston James has been privileged to play with Vince Gill and the Time Jumpers, his dream came true when his hero, Delbert McClinton, joined the set.

Preston James currently is not pursuing a record deal because he feels he’s “not ready.”  As country music enthusiast who has been somewhat dismayed with some of the newer county music artists, I hope he feels “ready” sooner rather than later.  However, as a mother, I can agree that he should probably graduate high school and turn 18 first.

To hear and learn about all things Preston James, go to his website: http://prestonjamesmusic.com and also find him on NashNext where you can rate his music.

Preston James and his band will be playing at Martins this weekend, July 9; and appear at Pucketts July 16. Next, catch him at the Wildhorse Saloon in Nashville on July 21 & 22, and solo on the 28th and 29th.  Preston James is going to be a fixture in the music scene for years to come.  So, if you get a chance to see him in concert you should see him now, because when he becomes more renown, tickets will be much harder to come by.